Get to know Drew.

Drew Adams is a transgender teenager who lives in northeast Florida and attends college in Orlando. He came out in the spring of 2015 and has since become a tireless advocate for LGBTQ rights, specifically trans rights. He's an honors student, past hospital volunteer, musician, sculptor, and Brazilian jiu-jitsu practitioner. (Check out his LinkedIn profile by clicking here.)

Some highlights about Drew:

In the summer of 2017, with the help of Lambda Legal, Drew sued his school district for access to the men's bathrooms at his high school. Prior to taking legal action, Drew had attempted to convince his district to give him bathroom access through educational meetings, learning materials, and a complaint filed with the Department of Education's Office of Civil Rights. None of those efforts worked, so the lawsuit was the last resort. The case went to trial (the first full trial for a trans student trying to use the correct restroom) in December 2017. In July 2018, the judge ruled that Drew is a boy and that the school must treat him as such by letting him use the men's room. It was a huge win for trans rights in the US. The school district has since appealed the ruling, so the case is ongoing. You can read about the historic ruling and case by clicking here.

Drew has been active in LGBTQ advocacy for several years. On the national level, he was a member of the GLSEN National Student Council (2016-2017) and the Trevor Project Youth Ambassador Council (2017-2018), and he's a Youth Social Media Ambassador for the Matthew Shepard Foundation. He's was the inaugural Volunteer Intern Coordinator for Point of Pride, where he helped to guide a team of youth interns in writing blog posts, holding fundraisers and doing media outreach. He's also a regular contributing blogger for MatthewsPlace.org, where he writes about queer topics from a trans male perspective. He's on the Youth Advisory Panel for Q Chat Space, a safe online place for LGBTQ youth to talk about what concerns them, and he's the Deputy Communications Director for Unbroken Horizons, a foundation that provides scholarship funds to marginalized LGBTQ youth. He also volunteers with his local March For Our Lives chapter. Politically, Drew has lobbied for the Equality Act, meeting with Representatives Rutherford and Deutch and with Senator Rubio's staff to advocate for LGBTQ equality.

On the local level, Drew was the president of his high school's GSA. He worked to build the club by bringing in guest speakers, holding socials and educational events, and applying for (and getting!) grants from organizations like JASMYN and the Dru Project. He led the club in building an LGBTQ bookshelf for his school's library, observing occasions like Ally Week and LGBTQ History Month, and working with the Theater Department on a 2019 performance of The Laramie Project, a play about the death of Matthew Shepard. Also locally, Drew raises money for and supports the local LGBTQ youth outreach, JASMYN. Drew was the top team fundraiser three years in a row for the JASMYN Strides for Pride 5K, and he frequently buys and donates food, toiletries and school supplies to the organization's pantry.

Drew also co-founded a temporary tattoo shop, Drew's Tattoos, which sells LGBTQ-themed temporary tattoos online. He designed many of the tattoos in the shop, and some of the proceeds go toward reimbursing the cost of his gender-affirming top surgery. A few of the tattoo designs also raise funds for the Matthew Shepard Foundation and the onePULSE Foundation. For several years, Drew donated 1,000 rainbow flag tattoos to the JASMYN Strides for Pride 5K to be distributed to the race runners.

Drew doesn't just work for LGBTQ causes (although they're dear to his heart!). He has also volunteered for three summers at the Mayo Clinic as a teen volunteer, and he worked for two summers as a volunteer at St Vincent's Hospital - Riverside. He graduated with his International Baccalaureate diploma from high school and was a member of the National Honor Society, and he was an AP Scholar with Distinction. Athletically, he's a blue belt in Brazilian jiu-jitsu and a yellow belt in Judo!

Drew has won some awards for his volunteering and outreach - In 2019, he received the Equality Florida Voice for Equality Award. He's a 2018 recipient of the Matthew Shepard Foundation's Spirit of Matthew Award, as well as a 2018 recipient of the JASMYN Diamond Award. He was one of two Grand Marshals of the 2018 River City Pride Parade, and he represented Grand Marshal Lambda Legal in the 2018 New York City Pride Parade. In 2017, he won the HandsOn Jacksonville Youth in Action Award and the Bronze Presidential Volunteer Service Award. In art, he has won the Scholastic Art Awards Gold Key and Silver Key Prizes for his sculptures.

Drew attends the University of Central Florida as a double major in Psychology and Political Science so that he can attend graduate school and become an adolescent psychologist specializing in trans youth healthcare. He plans to be involved in politics from the local level all the way to the national stage. Drew hopes to continue to work to make the world a better place for LGBTQ people everywhere! 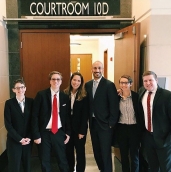 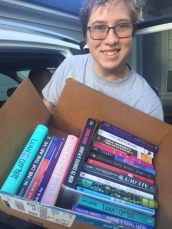 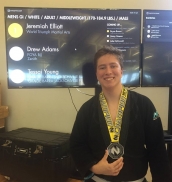 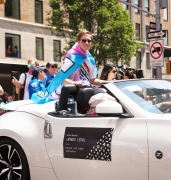 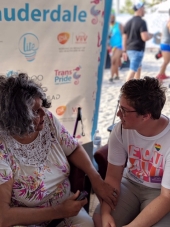 Drew has had the chance to speak about his work, his lawsuit, and his advocacy efforts in various circumstances. He's a compelling speaker on the topic of activism, and he's visited many schools and LGBTQ groups to share his presentation. He even presented his activism workshop at the 2019 Philadelphia Trans Wellness Conference in July! Be sure to check him out below, or use the contact form below to request a visit from Drew for a talk or seminar for your group.

Here are some clips of Drew speaking out!

Want to reach out to Drew? Want him to come speak to your school, GSA, LGBTQ club or other organization about activism and advocacy? Please email him using this form. Thank you!